Looking back at the news that affected libraries 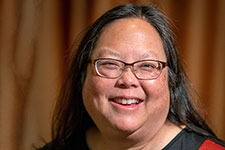 At the conclusion of the 2021 Annual Conference Virtual, Patricia “Patty” M. Wong began her term as the first Asian American to serve as ALA president.

When President Biden signed into law the $1.9 trillion American Rescue Plan Act of 2021 on March 11, the Institute of Museum and Library Services received $200 million, the largest single increase in the agency’s 25-year history. The funding package also provided more than $7 billion to establish the Emergency Connectivity Fund, an initiative to benefit academic, public, and school library–eligible programs through the Federal Communications Commission’s E-Rate program.

On January 13, ALA revived its Business Advisory Group, appointing 13 new members from libraries, civic life, technology, and academia to support business development and new strategic plans for the benefit of the Association and the wider LIS sector.

In the second year of the COVID-19 pandemic, library workers continued to create and adapt programs and services. Libraries provided drive-in storytimes, telemedicine assistance, “job fairs in a bag,” and new forms of outdoor programming and bookmobile outreach to safely meet patrons’ needs.

In early 2021, many public libraries began serving as COVID-19 vaccination sites in their communities. Libraries from New York to Indiana to Florida were seen as suitable distribution centers because they are ADA-accessible and have daily hours, safety features (such as security cameras), and onsite technology (including laptops for health care workers to use). In a time when libraries around the country were hit with budget cuts, staffers said public health efforts like these raised awareness of libraries’ value.

ALA distributes $1.25 million in emergency relief 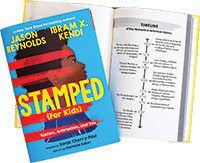 The year saw increasing challenges and protests at library and school board meetings over materials and curricula, particularly those addressing race and the legacy of slavery. On August 18 ALA’s Executive Board joined dozens of other institutions in defense of intellectual freedom and social justice in the classroom: “As members of a profession committed to free and equitable access to information and the pursuit of truth, we stand firm in opposing any effort to suppress knowledge, to label ‘controversial’ views, or dictate what is orthodox in history, politics, or belief.”

On June 29, ALA Council approved the addition of a new principle focused on equity, diversity, inclusion, and social justice:

“We affirm the inherent dignity and rights of every person. We work to recognize and dismantle systemic and individual biases; to confront inequity and oppression; to enhance diversity and inclusion; and to advance racial and social justice in our libraries, communities, profession, and associations through awareness, advocacy, education, collaboration, services, and allocation of resources and spaces.”

Rioters protesting the election of President Biden stormed, occupied, and vandalized the US Capitol Building on January 6. Library of Congress employees and contractors were among the federal employees evacuated during the insurrection.

Libraries across the country commemorated the 20th anniversary of September 11 with displays, programs, artwork, and educational resources, as well as posters provided free by the 9/11 Memorial and Museum and the National Endowment for the Humanities.

Two of the biggest library technology companies were acquired by companies outside the field. In May, Clarivate purchased ProQuest for $5.3 billion in the largest library-sector transaction to date. Follett School Solutions was sold by its parent company, Follett Corporation, to private equity investment firm Francisco Partners in September.

ALA speaks out against anti-Asian hate crimes

On March 11, the ALA Executive Board issued a statement in solidarity with the Asian/Pacific American Librarians Association’s stance recognizing and condemning anti-Asian violence. The Executive Board called on ALA members to condemn the “wave of anti-Asian language, hate speech, and physical assaults on streets across the country, in media reports, in statements by politicians, and on social media related to the origins of COVID-19.” 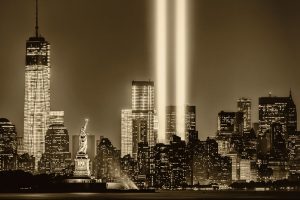 Special Report: The Legacy of 9/11

How the attacks affected the library world 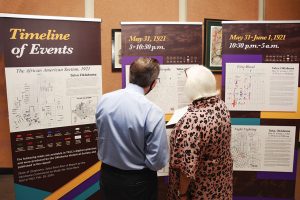