Institutions first offered services to those who developed programming files to be printed but couldn’t afford a 3D printer, costing thousands of dollars. Those most likely to use such a space were people in the math and engineering fields. In recent years the spaces have begun to appeal to larger audiences; at colleges, this means … END_OF_DOCUMENT_TOKEN_TO_BE_REPLACED 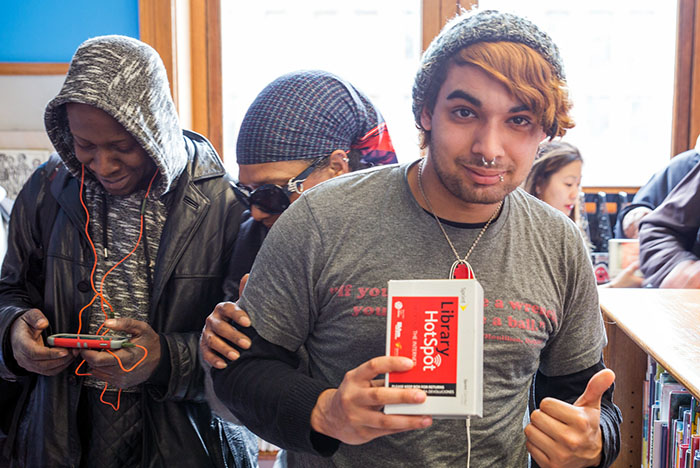 For years, libraries have helped bridge the digital divide by offering internet access at brick-and-mortar branches. Many are expanding this mission by offering patrons mobile Wi-Fi hotspots for checkout. New York City launched a program this year that provides 10,000 mobile hotspots to patrons across three library systems, and in 2014, Chicago Public Library rolled … END_OF_DOCUMENT_TOKEN_TO_BE_REPLACED 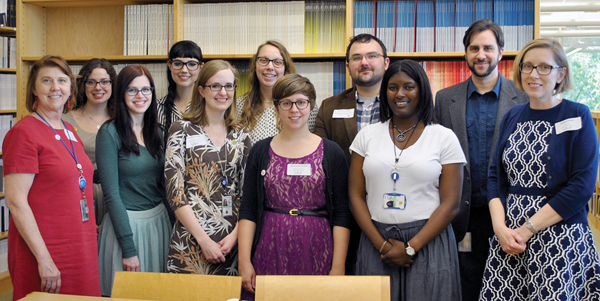 “I had so little experience in ­libraries before I went to library school,” she says. “So I was especially keen to get some real-world experience.” Lucky for her, there was a library—the Environmental Protection Agency Research Triangle Park (EPA-RTP) Library—that would offer Lamoureux an internship with that real-world experience she was craving. The internship, she … END_OF_DOCUMENT_TOKEN_TO_BE_REPLACED 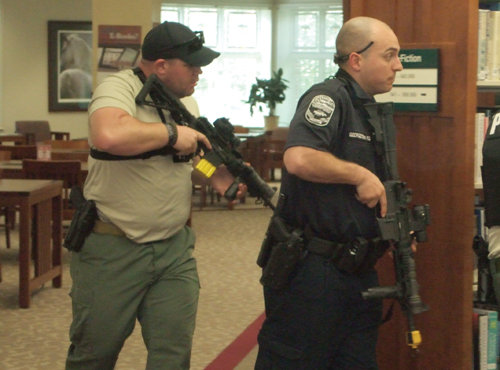 If guards are on duty at a library, they are typically not armed. In small communities, only one staff member may be working in the space. This is why, in addition to fire drills and emergency planning, libraries are beginning to offer training to react to an active shooter. As defined by the Department of … END_OF_DOCUMENT_TOKEN_TO_BE_REPLACED 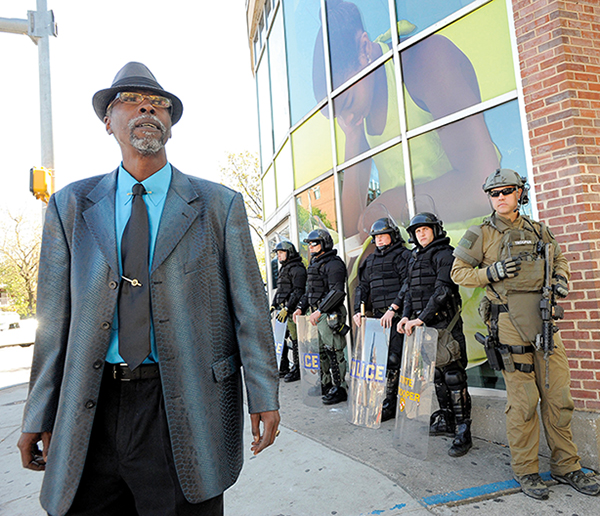 A pretty typical moment for most librarians, Diggs says, except that Tuesday morning, April 28, was no typical day. Just 12 hours before, rioting had erupted across the street from the Pennsylvania Avenue branch of the Enoch Pratt Free Library, when protests against the high-profile death of Baltimore resident Freddie Gray turned violent. As a … END_OF_DOCUMENT_TOKEN_TO_BE_REPLACED 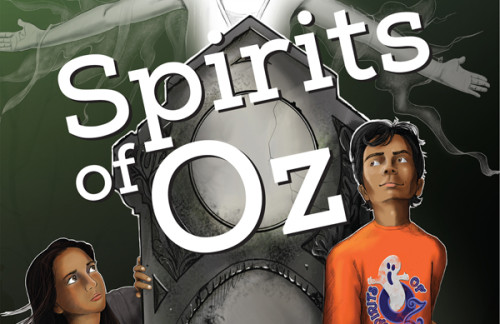 Any library can position itself to guide local authors toward becoming savvy and competent independent publishers. Ebooks and print-on-demand options leverage the strength of their platforms to reach larger audiences and make publishing possible within the library. Libraries can support the growth and autonomy of local writers by connecting them to relevant technology, tools, and … END_OF_DOCUMENT_TOKEN_TO_BE_REPLACED 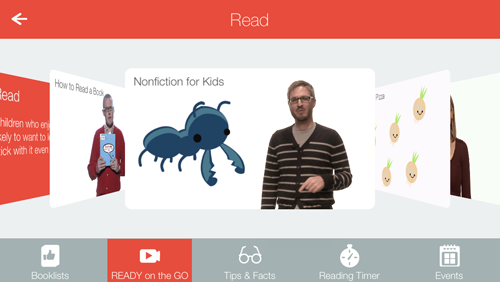 While there are vendors who offer apps that libraries can customize to their needs, some libraries have taken the step of developing mobile apps in-house. OCLS’s Shake It! was one of the first library-developed apps. Shake It! offers randomized recommendations of library materials based on age group, genre, and material type. After setting any combination … END_OF_DOCUMENT_TOKEN_TO_BE_REPLACED 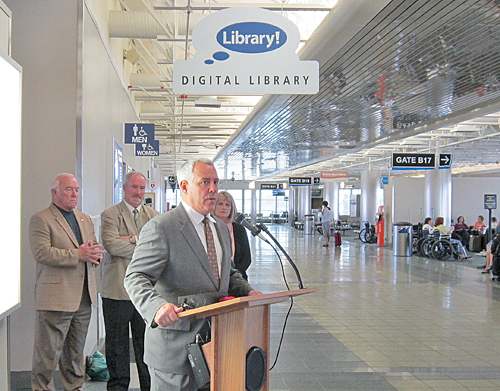 Digital resources in the form of ebooks, audiobooks, and other media are beginning to take flight—literally—across the country by way of airport library branches. Branches are have popped up in airports around the country, including Philadelphia International; Seattle–Tacoma International; Manhattan (Kans.) Regional; Fort Lauderdale–Hollywood (Fla.) International; Boise (Idaho); and San Antonio International, over the last … END_OF_DOCUMENT_TOKEN_TO_BE_REPLACED 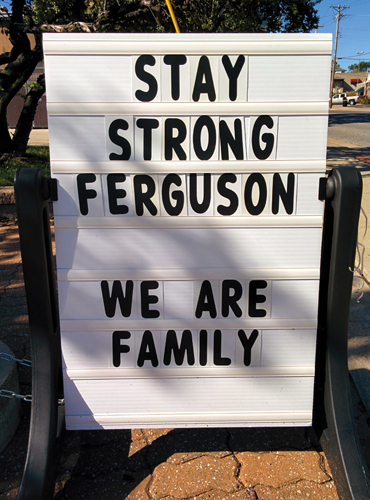 After being informed that classes would be canceled, Carrie Pace, an art teacher at Ferguson’s Walnut Grove Elementary, wanted to do something, anything, to help with the recovery. While driving through town she passed the Ferguson Public Library. That’s where she got the idea to use the facility as a place for kids to go … END_OF_DOCUMENT_TOKEN_TO_BE_REPLACED 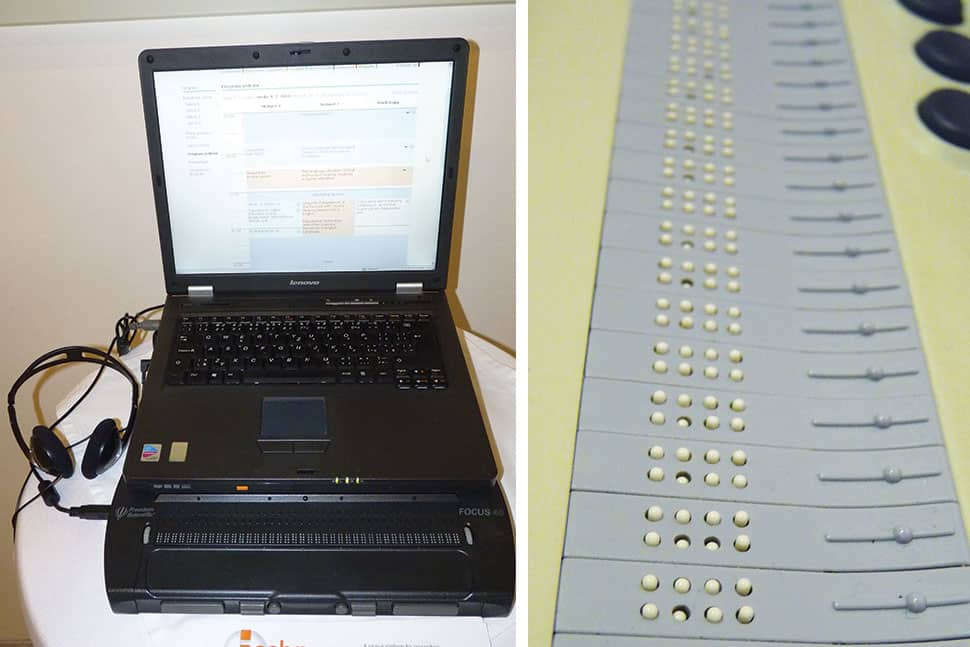 At the 37th UNESCO General Conference in Paris in November 2013, a parallel resolution passed overwhelmingly. Endorsed by the Governing Board of the International Federation of Library Associations and Institutions (IFLA) and developed by its Libraries Serving Persons with Print Disabilities (LPD) section, the “Manifesto for Libraries Serving Persons with a Print Disability” (the LPD … END_OF_DOCUMENT_TOKEN_TO_BE_REPLACED 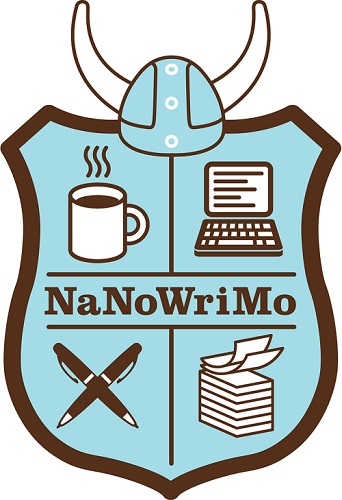 “It’s a natural partnership,” Lissa Staley, public services librarian at Topeka and Shawnee County (Kans.) Public Library (TSCPL), tells American Libraries. “We have everything you need to write a novel.” TSCPL offers two four-hour “write-ins” in November, allowing NaNoWriMo participants to work surrounded by others writers. A fiction-writing workshop and a kick-off event are held … END_OF_DOCUMENT_TOKEN_TO_BE_REPLACED